Avoid Product Damage and Improve the Efficiency of Your Warehouse 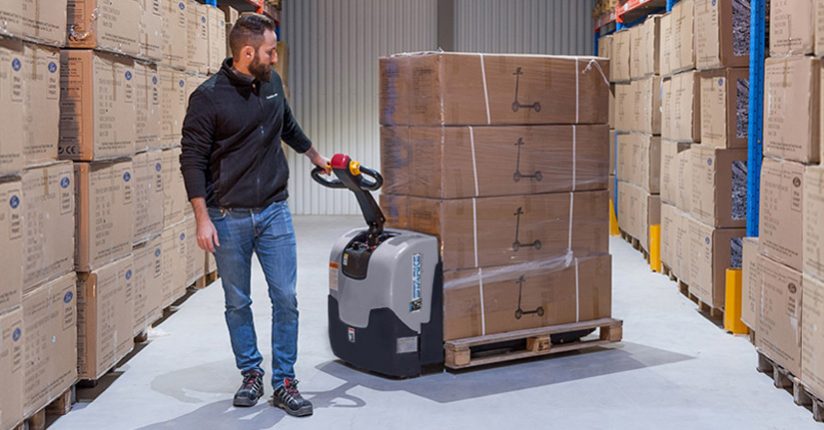 The urge to improve productivity and efficiency is an ever-present companion for anyone working in the fields of warehousing and supply chain management. This remains such a constant concern because, by increasing throughput and volume, a company opens up the possibility for increased growth and earning potential. With the direction and value of this concept a forgone conclusion, the issue becomes how to achieve the desired results.

Given the exorbitant capital investments required to increase or modify the available space of a given warehouse, many firms elect to improve productivity through more cost-effective options including the acquisition of new equipment and technologies. By replacing old and antiquated equipment with newer, better-equipped models, managers are able to reduce the time spent on certain tasks (time spent travelling between lifts, for example) while also reducing downtime and maintenance costs. A win-win situation, right?

Well, not so fast. While purchasing new equipment may eliminate certain inefficiencies present within an organization’s workflow, choosing the wrong equipment may also result in increased product damage. Losses due to product damage, in turn, offset the advantages of quicker, higher capacity equipment as large stacks and heavier loads are inherently less stable. To address this issue, many manufacturers utilize fixed stop supports on either side of pallet trucks and straddle stackers. Here, the fixed stops are supposed to prevent a significant deviation to either side in an attempt to stop loads from tipping as the vehicle turns. The problem with fixed stop supports, however, is their tendency to catch on uneven surfaces (older floors, dock plates, etc.) and bring the equipment to a sudden stop while the momentum of the load carries it forward onto the floor.

So, where does that leave our warehouse and supply chain managers? Or anyone else with material handling needs? Enter Stärke’s LiftMaxx line of electric pallet trucks / jacks and straddle stackers and Stärke’s Continuous Stability System.

To avoid incidences of tipping and product damage, Stärke LiftMaxx equipment is equipped with a fixed drive wheel supported by two cantilevered, spring-loaded casters in constant contact with the ground, thereby supporting the stability of the lift truck and its load. With spring-loaded casters, the Continuous Stability System smoothly rolls over uneven surfaces without compromising the stability of the truck or its load. This system offers improved control over competitor fixed stop supports, which are positioned up off the ground and are susceptible to friction wear.

Stärke has created the most stable electric pallet truck on the market, offering added protection against product damage while in transit. With less than half the wearable parts of the competition, a Stärke electric pallet truck also offers fewer maintenance calls. An adjustable riser rod alters the height of your wheels with a simple nut adjustment, while offering ease of maintenance because of its simple, yet sturdy design. Stärke also uses metal components, rather than plastic, in many instances where our competitors do not; allowing for less wearable parts, and less down-time.

To illustrate the benefits of Stärke’s Continuous Stability System, consider the case of a bottling plant. In a high volume operation with hundreds of employees and a fragile product, the chances of product damage are high. One of our dealer sales representatives, Brian Harmon out of Lift Inc. in Buford, GA, found out exactly what this means while presenting a demonstration of the Stärke PT45WAX AC electric walkie pallet truck.

The scene was one of hurried operators in a fast-paced distribution facility. Brian was speaking with the warehouse manager about the new Stärke PT45WAX. He had – seconds ago – finished explaining the Stärke Continuous Stability System (which comes standard on all electric pallet trucks) when an operator rounded a corner in front of them a little too sharply, and the competitor unit, fully stocked with several cases of beer, lost a few cases from the top layer, which fell from the load. The outcome was a loud crash on the concrete floor, and a resulting pool of beer.

“That wouldn’t happen with a Stärke, would it?” The manager stated sincerely, pointing at the mess, frowning over the loss.

Brian just shook his head. “No, sir.” He said, looking down in a moment of silence for the lost beer.

This story could have saved the company money rather than lost money with a Stärke AC pallet truck which does not depend on raised fixed stop supports to keep the truck from tipping, but rather cantilevered spring loaded casters, which have constant contact with the floor.