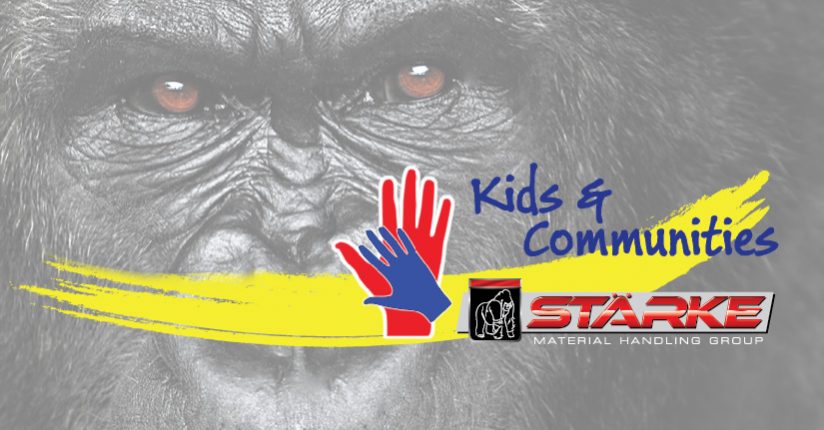 Stärke Material Handling Group, in cooperation with its independent dealership network, began giving back to communities throughout North America with a new charitable initiative known as Stärke Kids and Communities.  The initiative aims to provide support and resources to those in greatest need of assistance including vulnerable groups, such as underprivileged children and families, by contributing a portion of its proceeds from equipment sales to support the charitable contributions of its dealership network.

Among the first dealers to join the initiative was Lucas Liftruck Service Ltd., a local Stärke dealership based out of the Niagara Region in Southern Ontario, Canada.  In cooperation with Stärke, Lucas raised an excess of $6,000 to donate to local charities, with most of the funds coming from employee payroll deductions, company donations from equipment sales and fundraising efforts for local charity events.

The primary beneficiary of Lucas’s fundraising has been a local charity in the Niagara Region by the name of Start Me Up Niagara, which works to combat poverty and homeless that result from disabilities, poor health and isolation.  Specifically, Lucas Liftruck’s recently fundraised over $3,700 for the Coldest Night of the Year Walk in an effort to support the homeless in the Niagara Region, Ontario.

Other donations were made to Education Foundation of Niagara, a charitable organization which provides support and assistance to DSBN students wherever government funding in unavailable or insufficient. Areas of support include providing financial assistance and developing progressive educational programs and services.