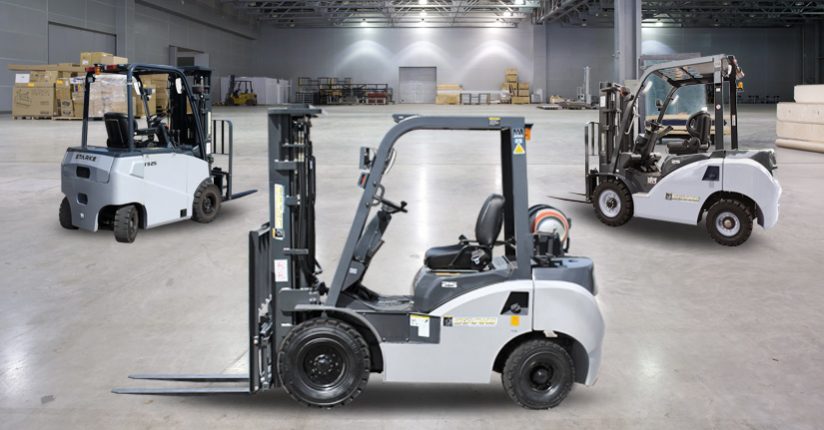 Modern forklifts are available with a number of different engine types and power sources including diesel, LPG and electric. Ultimately, your choice of engine type depends on your needs, application and financial situation, with each power source providing different benefits and disadvantages according to its characteristics.  What follows is a brief summary of each forklift engine type:

Electric forklifts are an ideal solution for indoor application, particularly in more hygienic or sensitive applications such as the pharmaceutical, food and beverage industries. Compact, unobtrusive and highly maneuverable, these forklifts are purpose built for operations in and around large facilities such as warehouses, factories and manufacturing plants. Among their notable characteristics and features, the advantages of electric forklifts include:

Electric forklifts aren’t without their drawbacks, however, as the disadvantages include:

Forklifts with diesel engines are ruggedly built lift trucks that are ideal for use in tough outdoor environments. Given the exhaust fumes and emissions produced through the combustion of diesel fuel, diesel forklifts are intended for outdoor use and provide a number of unique benefits including:

As with electric forklifts, diesel engine models are not without their disadvantages such as:

LPG forklifts occupy a moderate middle ground in-between electric and diesel powered models. Here are some of the key advantages to operating an LPG forklift:

With an internal combustion engine, LPG forklifts run into some of the same issues as diesel models including:

As you can see, there are a number of advantages and disadvantages for each forklift engine type. Ultimately, you’re model choice will depend on your application, needs and financial situation.  For help deciding what engine type best suits your needs, contact your local Stärke dealer today!